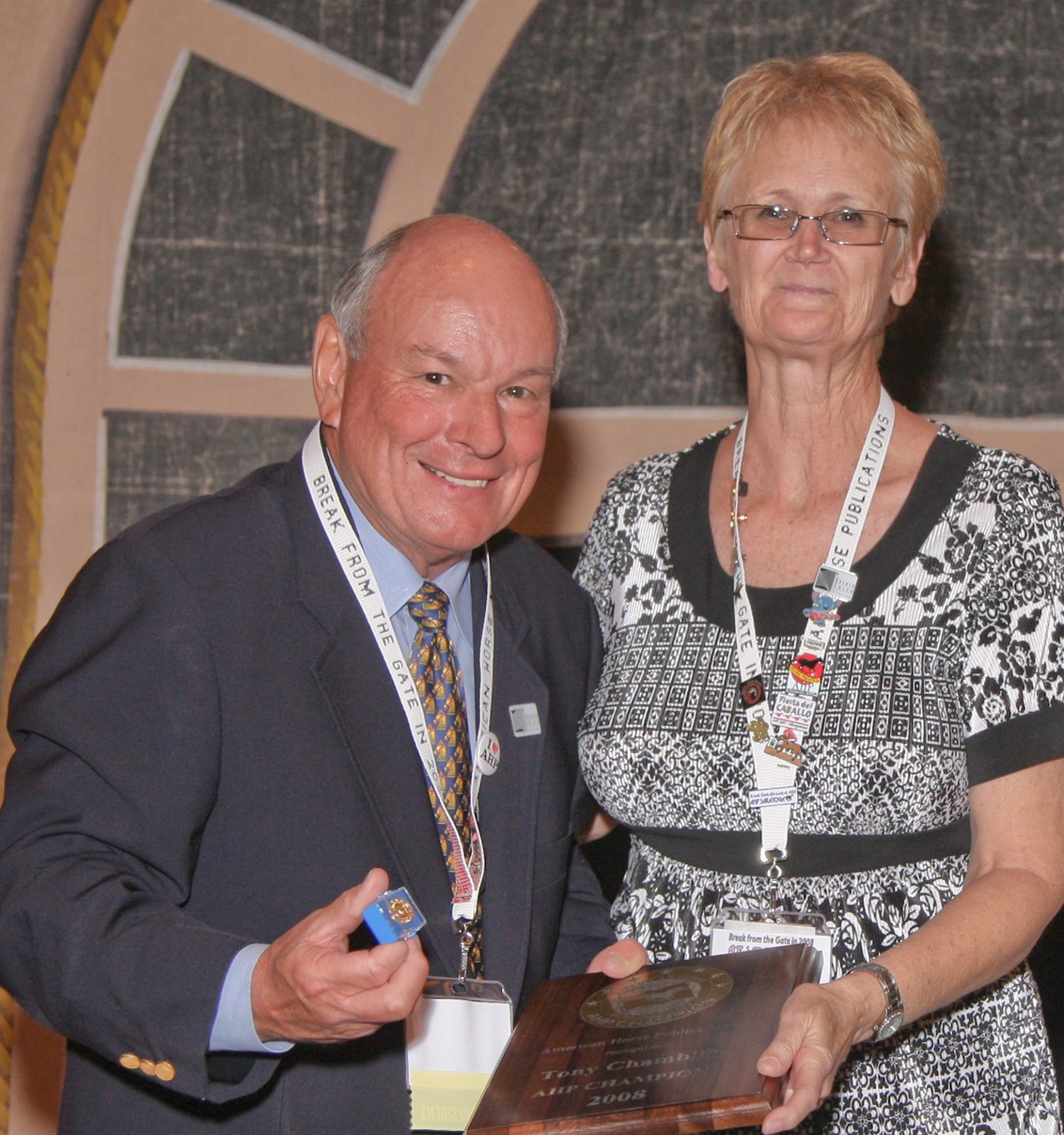 Tony Chamblin served two terms as president of American Horse Publications from 1974-1976 and then became AHP’s first Executive Director, a position he held from 1976 to 1983. “Tony was there during AHP’s formative years,” says current Executive Director, Chris Brune. “He has been extremely supportive and follows the progress of the association via social media and email. I was honored to present him with the AHP Champion Award in 2008.”

Tony’s career spans many positions in the Thoroughbred racing industry, including president and CEO of the Association of Racing Commissioners International, president and general manager of the Finger Lakes Racing Association, executive director of the National Horsemen’s Benevolent and Protective Association, and secretary-treasurer of the HBPA Foundation. He was also editor and writer for several publications including Breeders’ Cup Official Magazine and The Horsemen’s Journal.

We asked him a few questions about his thoughts on AHP becoming 50 years old and what he has experienced throughout the years. He gives us his insight on the changes in publishing and the horse industry.

AHP: What was the biggest lesson you learned during your career?

TC: I learned many lessons. Perhaps the biggest was to treat my colleagues with respect and to emphasize integrity in all my articles and publications. 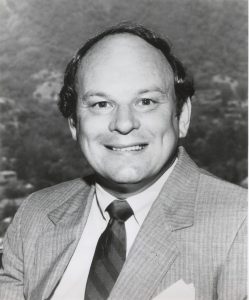 AHP: What positives do you see with how equine publishing has evolved?

TC: Prior to the founding of AHP, there were relatively few equine publications. Now there are many, mainly due to the work of the executive staff and board of directors.

AHP: How has the equine publishing industry weathered the changes over the years and what needs to be done to sustain our equine media industry?

TC: I believe that the equine publishing industry has weathered the changes over the years very well and should stay the course to sustain our equine media industry.

AHP: What has AHP meant to the horse industry over the past 50 years?

TC: The fact that it is bigger and better than ever says a lot. The expert advice at seminars and the annual awards ceremony has added to the organization’s success. The work of those at the helm has kept AHP at the forefront of the horse industry for the last half century, quite an achievement. 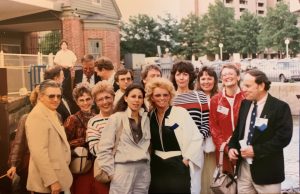 AHP: Can you share a story or two about the camaraderie among AHP members?

TC: When I was president of AHP (a long time ago), I tried to promote a fun atmosphere for the members coming to meetings. I recall one time when we went to a topless bar and I posed as a reporter from Time magazine. We never missed a dinner at La Nicoise in Washington, where the waiters wore roller skates (as they do at the parent restaurant in Nice) and did a humorous skit based on a French wine commercial where a participant had too much to drink. Those seated at tables near the stage were given umbrellas to protect them from the spewing bottles of champagne. We had lots of fun, but it never kept us from our business.

AHP: What changes in the horse industry have you witnessed that concern you about the future of equines?

TC: My main concern today is based on the number of fatalities among thoroughbreds, particularly at Santa Anita racetrack. The beautiful track near Los Angeles, which is scheduled to host the Breeders’ Cup this year, lost 30 horses by injury and death during its December meet. Its management, along with the California Horse Racing Board, has taken steps to address the situation but the death of one horse on a race track is the death of one too many. On a related matter, I have worked with Congressman Andy Barr of Kentucky on legislation that would prohibit the use of Lasix and other drugs on race day. In 1978, I helped write the Interstate Horse Racing Act, which established off-track betting and simulcasting across state lines and has resulted in millions of dollars for racetracks, owners, trainers and jockeys.

Tony is looking forward to attending the 2020 AHP Equine Media Conference in Lexington to celebrate this milestone in equine media history.