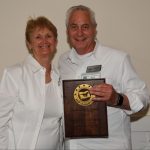 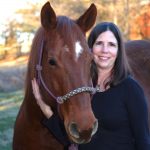 Kimberly S. Brown is one of AHP’s staunchest supporters and has always been willing to step up when needed as a board member, committee member, or presenter. 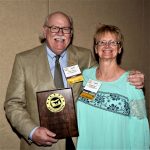 Dean Hoffman was honored as the 2017 AHP Champion during the AHP Equine Media Conference in Scottsdale, Arizona. Hoffman was elected to the board in 1995 serving nine years as a Director until moving onto the Executive Board in 2004. He became the 2006-2007 AHP President and then Immediate Past President in 2008. He served a total of 15 years on the board. 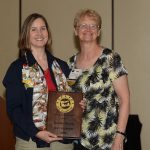 Jennifer Bryant was recognized as the freelancers’ champion at her induction into the AHP Circle of Champions in 2016. 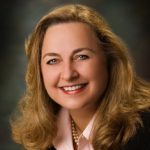 Deborah Taylor was recognized for her distinguished service to American Horse Publications and inducted into the AHP Circle of Champions in 2015. A social, fun-loving person by nature, Taylor dived right into being an active AHP member. In 1998, she had joined the AHP Board of Directors and later served as the 2004-2005 AHP President.

Connie Lechleitner was recognized for her distinguished service to American Horse Publications and inducted into the AHP Circle of Champions in 2015. 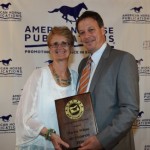 California Horsetrader Publisher Warren Wilson was recognized as an AHP Champion in 2014 for his 25 years in equine publishing that have provided technical innovations bridging the transition from print to Internet.

In 2013, Doug Hayes, Frank Lessiter, and Barrie Reightler were honored with the AHP Champion Award who have not only been true supporters of AHP, but also longtime friends.

The 2012 AHP Champion Award inductees were announced at the AHP Ride Into History Seminar in Williamsburg, Virginia. American Horse Publications is fortunate to have had Stacy Bearse, Lua Southard and Rob Banner devote so many years to our association.

In 2011, four equine media pioneers and visionaries were honored as AHP Champions during the AHP seminar in San Diego. AHP was fortunate to have these individuals dedicate their time and expertise to developing our association. Kathy Mezick, Jim Jennings, Susan Harding and Darrell Dodds

Led by equine publishing leaders like Stan Bergstein, Bob Gray, and Audie Rackley, the association grew at a steady rate, held its seminar in conjunction with the American Horse Council, and offered members a chance to compete in the annual awards contest.

Tony Chamblin and Ruth Brown guided the association in dual capacities as presidents and executive directors. Their leadership established the growth and camaraderie that has built lifelong relationships among members.

American Horse Publications owes a debt of gratitude to the six people who started AHP. It was their foresight and generosity that has brought us to where we are today.