AHP commemorative pins are a collection of memories 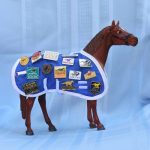 Fifteen years ago AHP began including commemorative pins as part of the annual conferences. As someone who loves Disney pin trading, Tracy Gantz was all in. Her pin collection multiplied to the point where she had to find an extra Disney pin lanyard to hold all of her 18 AHP pins. Tracy says, “I decided to loan my pin collection to Man o’ War, our 50th anniversary mascot, to show off the pins for this blog post. But I’ve returned them to the lanyard, which is about the only way I will be able to get them to Lexington in May.”

How AHP changed my career 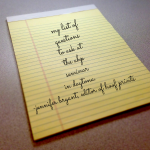 Longtime AHP member, Jennifer Bryant, recalls a meet-cute story from her first AHP seminar in 1995 that changed her career. A chance meeting with Lua Southard in the line for the ladies’ room led to a new position and a lifelong friendship.

Annual Awards given at the AHP Conference 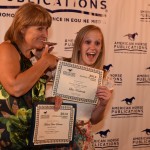 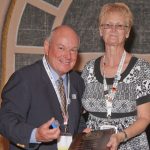