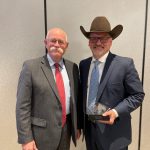 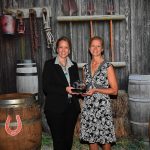 Breyer, a division of Reeves International was named the recipient of the 20th Annual Equine Industry Vision Award. Breyer, which celebrated its 70th anniversary in 2020, is the world’s leading brand of horse-inspired toys, gifts, collectibles, and live events. 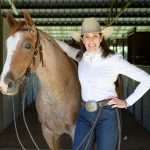 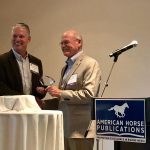 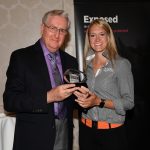 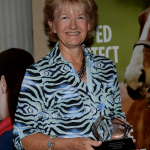 Sydney Knott, founder, president and CEO of Horses4Heroes, was named the recipient of the 2017 Equine Industry Vision Award. “Zoetis is proud to recognize Sydney for her heartfelt work in connecting people with horses,” said Jaci Boggs, senior equine marketing manager, Zoetis. “Sydney’s passion for increasing the public’s exposure to horses and growing involvement in the equine industry is key to a successful future.” 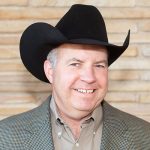 Throughout his career, Gary L. Carpenter served within multiple aspects of the equine industry, including 10 years as executive director of the American Association of Equine Practitioners (AAEP) as well as executive positions with The Jockey Club, the American Quarter Horse Association (AQHA) and the Arabian Horse Trust. Carpenter, a certified association executive, continually focuses on identifying opportunities to improve efficiency and provide the best experience for horse enthusiasts. 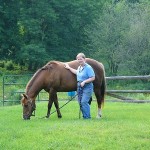 The Director of Equine Guelph in Canada since its inception in 2003, Gayle Ecker’s passion for utilizing science-based knowledge to educate people on the health of horses is unmatched. Ecker was also a pioneer in online education, establishing a first-of-its kind educational approach that provides virtual learning pathways for career development in the equine industry. 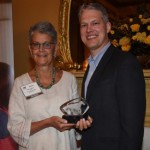 Patti Colbert was awarded this honor because of her numerous important contributions to the equine industry. Most recently, her efforts have been focused on marketing Time to Ride, an initiative of the American Horse Council’s marketing alliance formed to connect people with horses and designed to encourage horse-interested consumers to enjoy the benefits of horse activities. 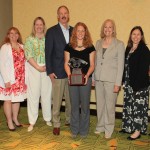 What makes PATH Intl. a visionary in the equine field is not only a dedication to serving people but its commitment to providing second careers and second chances to horses. These creatures are perfectly suited to bond with adults and children with special needs, and the organization depends on the quality and reliability of its equines. 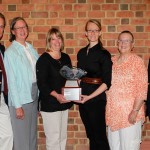 The ELCR was selected to receive this honor because of the organizations dedication to help preserve land for the future of equestrian sports, recreation and industry. The ELCR is an organization that works to educate horse owners regarding key issues related to land conservation as well as establish partnerships with individuals and organizations that can help represent the conservation community. 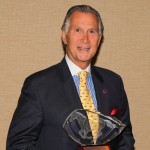 Robert Caccione has earned this honor for his exemplary vision to start an organization that would allow any college student to participate in horse shows, regardless of financial status or riding level. As Executive Director and Co-Founder, Cacchione is best known for his 44 years of dedication to the Intercollegiate Horse Show Association (IHSA). 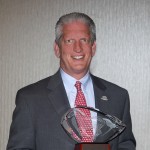 John Nicholson has earned this honor for his vision and determination to make unimaginable dreams a reality. Best known for his work as the Executive Director of the Kentucky Horse Park and the President of the World Equestrian Games 2010 Foundation, John’s leadership has been pivotal in bringing the 2010 Alltech FEI World Equestrian Games to the United States. 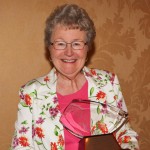 Charlotte Brailey Kneeland earned this honor for her vision to promote and certify riding instructors across the United States. Best known as the founder and director of the American Riding Instructors Association, Charlotte is a true leader who has set an exemplary standard in safety, good teaching practices and professionalism across the horse industry. 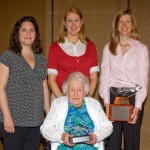 Best known as the founder of the Centered Riding(R) method used by riders across all disciplines, Sally Swift is a true visionary whose legendary work will continue to impact the equine world long beyond her years. 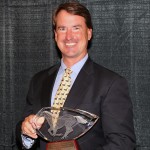 As a consecutive top finalist for the award, David O’Connor earned this honor for his outstanding achievements as an equestrian and his contributions as a role model and administrator in the industry. Best known for his Olympic accomplishments and his work as president of the United States Equestrian Federation (USEF), O’Connor is a true leader who is recognized and well respected throughout the equine world. 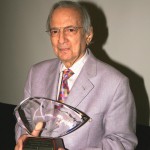 As a yearly finalist since the award’s creation, Stanley F. Bergstein earned this honor for his positive contributions to the Standardbred racing industry and lifetime of accomplishments. Known primarily as the Executive Vice President of Harness Tracks of America (HTA), a position he has held for over four decades, Bergstein is a true leader and visionary who is recognized and respected throughout the equine world. 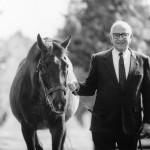 With contributions that spanned over an illustrious forty years, John Gaines will long be remembered for changing the face of Thoroughbred racing forever. From establishing the celebrated Breeders’ Cup, to playing a pivotal role in the formation of the National Thoroughbred Association, the predecessor of today’s National Thoroughbred Racing Association (NTRA), he worked tirelessly to broaden the scope of the game. 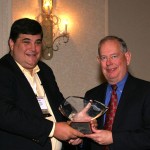 AQHA was selected to receive this prestigious honor because of the organization’s vast, positive impact on the equine experience world wide. More than just the largest breed registry in the world, the Association focuses on educating those new to the horse industry and making horses of all kinds more accessible to people everywhere. 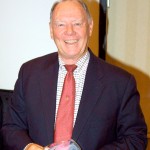 Don Burt has spent over 50 years living and working as a member of the horse industry and his efforts have been felt across disciplines. For nearly a half century he has been involved in the American Quarter Horse Association (AQHA) as an exhibitor, judge and a member of numerous committees. 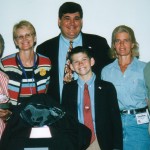 Indomitable, eclectic, kind and patient are just some of the words used to describe the unique character of Alexander Mackay-Smith (1903-1998). One of the most prolific writers on equine sports in the last century, Mackay-Smith is remembered as a visionary–able not only to conceive of ideas but also to bring them to fruition.