What started out as a gathering of equine publishers evolved into a one day seminar held in conjunction with the American Horse Council Convention in Washington, DC. By the mid 80’s, AHP had branched out to hold its own annual conferences including a winter seminar until 1995.

“I’ve attended every conference since 1975. Each one of them holds a unique memory for me from meeting “Dallas” star Patrick Duffy in 1984 to holding the awards ceremony in a movie studio in 2000 to meeting the napkin folding king in New Orleans. But the most important memories are the AHP members who I have, and will continue, to travel to these conferences with me.”
– Chris Brune, AHP Executive Director

Click on title above to see a complete list of the past AHP conferences held from 1970 to today. Recent conferences are listed below. 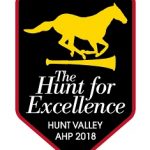 2017: AHP Saddle Up for Scottsdale

“The 2017 AHP conference was the best one yet! As someone in sales, the networking is phenomenal and topics this year gave me a lot to take home and build from. I go every year looking for that one connection and this year there are too many to count. Can’t wait for 2018.”
– Emily Alberti, Paulick Report

“May The Horse Be with You is certainly my favorite of the seminars I’ve attended. The keynote address really had me energized for the rest of the sessions, and each session provided me with the fodder to take on 2016 and the future with confidence.”
– Kelsey Pecsek, Managing Editor, Quarter Horse News, Texas

“If the only thing I did at the AHP seminar was network, it would be well worth the price of admission. But there is oh so much more! Lots of great speakers and presentations, interesting out-of-industry keynote speaker, and something for everyone no matter your involvement in the industry. Can’t wait for next year!”
– Kim Brown, EquiManagement/Stable Management

“It’s not just a seminar, but a gathering of the minds and spirit that makes the industry what it is.”
– Megan Arszman, Freelance writer

“AHP has kept my business alive with ideas and inspiration. I love the members, we’re like family. I always get great value from my membership.”
– Karen Pickering, Northwest Horse Source

“A great meeting of the horse world minds, the AHP seminar in Williamsburg, VA was enormously educational. Not to mention a good time!”
– Sean Black, W.F. Young

2011: Hoofprints in the Sand Seminar

“I love being a member of AHP! It seems more than just a “group”…it’s made me feel like being part of an “alumni”…where we return every year for a reunion to not only learn more about our industry but to socialize in person.”
– Denise Branco, Author

“From an attendee’s perspective, this seminar went off without a hitch. The facilities were first rate. Thanks for a great time in Lexington.”

“Remember New Orleans? If there was an unforgettable image, it was of all us doing the Second Line around the banquet room wearing masks and boas, waving napkins, and following a three-legged Katrina-surviving pony.”
– Fran Jurga, Hoofcare Publishing

“Having been one of the squeakier wheels in urging the AHP board to consider Saratoga as a seminar location, I was thrilled to see my colleagues enjoying this beautiful town and all it has to offer.”
– Jennifer Bryant, 2008-2009 AHP President

“I travel so much, but this is one trip I always look forward to. I come home with renewed enthusiasm and a sense that we truly do belong to a great organization and industry.”
– Mary Watts

Many thanks for all your fabulous organization and assistance leading up to and during the AHP convention last weekend. I thoroughly enjoyed the event – better networking than ever, and I loved the team-building exercise – I am so glad I was able to do that!
– Janet Nittmann, Dover Saddlery

One of the highlights of the 2005 seminar was the Best of Seattle City Tour. The itinerary provided an opportunity to see the major attractions in downtown and nearby neighborhoods. From taking the elevator to the top of the Space Needle to strolling through Pike’s Place Market to watching artisans blow glass, the tour was a myriad of color and beauty.

“As a student member, I’ve met valuable contacts at AHP conventions, some of which have led to great opportunities, and I strongly urge all student members to attend next year’s seminar in Seattle, Wash. After all, we are the future of the equine industry.”
– Jessica Bieber Hein, currently APHA Director of Publications

AHP got lost in the 50’s at the AHP Doo Wop Hoof Hop, a party to celebrate the 10th anniversary of the Student Award. Attendees also had an opportunity to visit the surrounding hunt country that included visits to the Maryland Hunt Cup race course, Shawan Downs, Sagamore Farms, and Ladew Gardens.

“What gave the Park City Seminar a distinct feeling was the spirit of family. AHP seminars have always been a reunion of friends, but first timers were eagerly welcomed into the family. In 2002, members brought their families and 12 children of AHP members became our very own “Children of the Light” as they participated in the Light the Fire Within ceremony to honor this year’s Student Award Winner.”
– Chris Brune