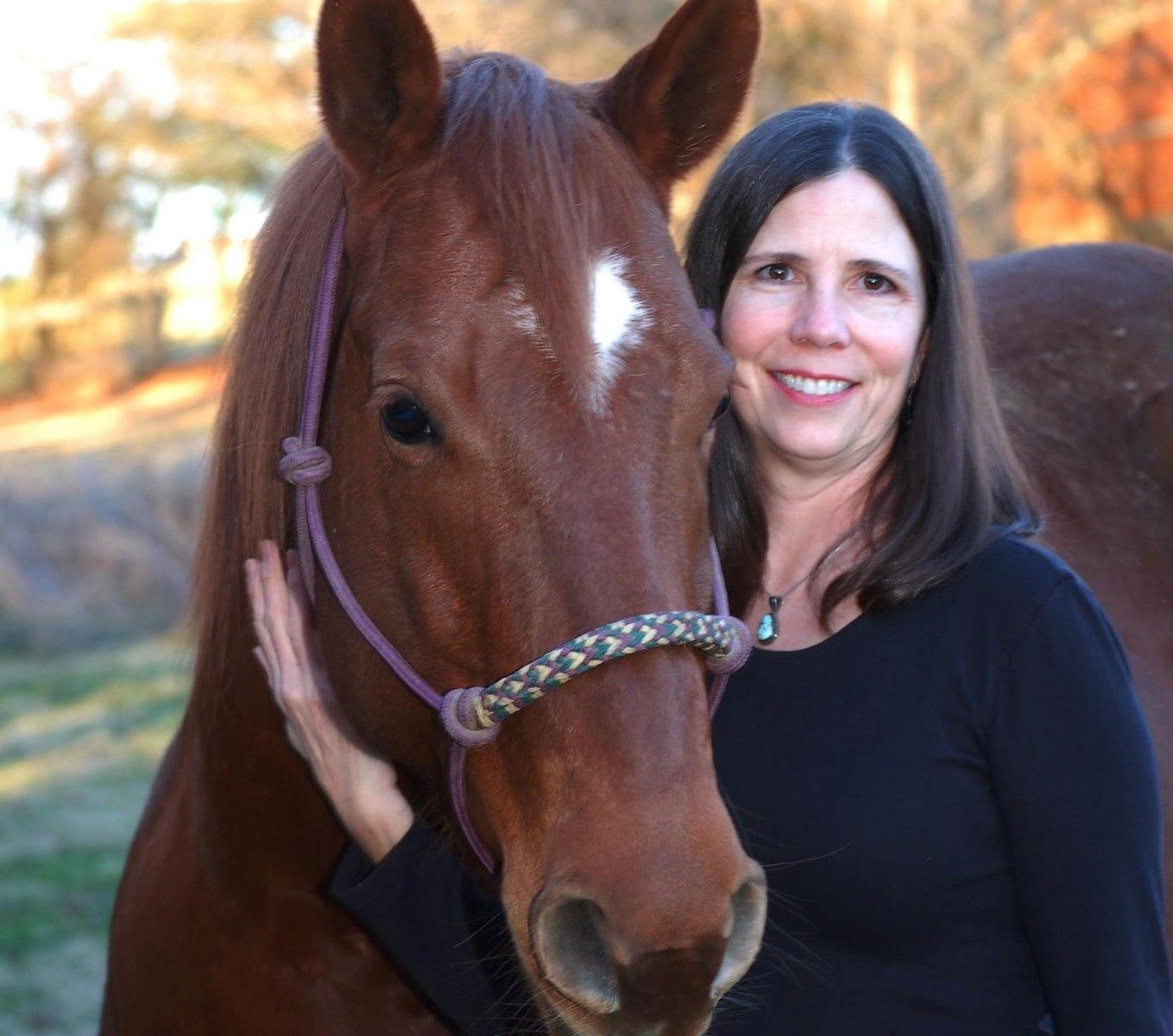 “Kim Brown embodies everything that’s good about AHP. She’s warm, funny, friendly, passionate about her work and horses, always ready to pitch in, and incredibly good at what she does,” says Jen Bryant, last year’s Spirit Award Winner. “Whoever said that nice guys (or gals) finish last never met Kim. I’m proud to call her my colleague and my friend.”

After graduating from the University of Kentucky, Kim joined Blood-Horse Publications in 1980. In 1995, she became Publisher and Editor of The Horse, overseeing the staff she fondly nicknamed “The Horse Herd.”

“After working at The Horse for a few years, I heard this story,” says Christy West, who was, and still is, a skydiver with 4,000 jumps.  Apparently someone at the company asked Kim about Christy, ‘Skydiver?! Are you sure you want that kind of risk-taker on your staff?’ Kim’s answer was, ‘She has more than 1,500 skydives and packs her own parachute. I want someone with that kind of attention to detail.’ “That’s Kim,” says Christy, “looking at the realities, not the perceptions.”

Kim joined the AHP Board of Directors in 2003 and served as the 2009-2010 AHP President. Never one to sit idly on the sidelines, she returned to the board as a director from 2011-2013 and continues to serve on committees.

“Kim Brown is the consummate gracious southern belle,” says Doug Hayes, another member of the Spirit Team.  “She’s also a savvy operator in our industry and has certainly made her mark in a very positive way on AHP. Kim has always served this organization with a wonderfully positive and willing attitude, with a keen sense of what AHP needed at the time, and with kindness and respect for her fellow members,” continues Doug.  “She’s definitely worthy and probably overdue for this award.”

In 2006, Kim married Ben Brown and AHP gained a musician and entertainer. Together they have made fun and music an integral part of an AHP seminar.

“Kim is so deserving of this award,” says Pat Trowbridge, the 2012 Spirit Award Winner. “She is such a great cheerleader for AHP.  I have known her for many years and she has become a good friend.  I respect her for her honest feedback and she can keep individuals thinking in the right direction.”

Last year, Kim and Ben moved from Kentucky to Wyoming where she is currently Associate Publisher/ Editor of EquiManagement and Stable Management.com published by AIM Equine Network. She is also President of The Homestead Information Network. (THIN Inc.)

“Kim Brown is one of AHP’s staunchest supporters and has always been willing to step up when needed as a board member, committee member, speaker, or student party planner,” says Chris Brune, AHP Executive Director and the namesake for the Spirit Award. “She shows her AHP-side well,” says Chris, “and is a welcome and deserving addition this special AHP “cheer club.”

Kim was unable to accept the award in person however her husband Ben videotaped the announcement and Kim’s reaction from Wyoming. The video was shown as part of the PowerPoint presentation at the AHP Special Awards Luncheon on June 21 held during the AHP Gallop n’ Grits Seminar in Charleston, SC.