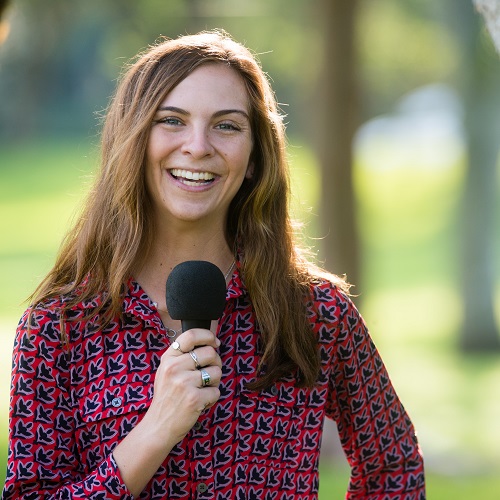 Catie Staszak is a multimedia sports journalist, the CEO of Catie Staszak Media, Inc., and the color commentator and journalist for the Longines FEI Jumping World Cup™ North American League.

Staszak has announced at showjumping events across the globe, moderated at the FEI Sports Forum in Lausanne, Switzerland, and was the Chief Liaison Officer for Olympic Broadcasting Services at the Tokyo Olympic Games.

A competitive equestrian of more than 25 years, Staszak combined her two greatest passions into a career after graduating at the top of her class from the University of Miami with a degree in broadcast journalism in 2014, the same year she received AHP’s Student Award.

She continues to grow her Catie Staszak Media, Inc., a boutique media agency with a focus on storytelling and impactful content, and always works to educate and increase the exposure of equestrian sports.