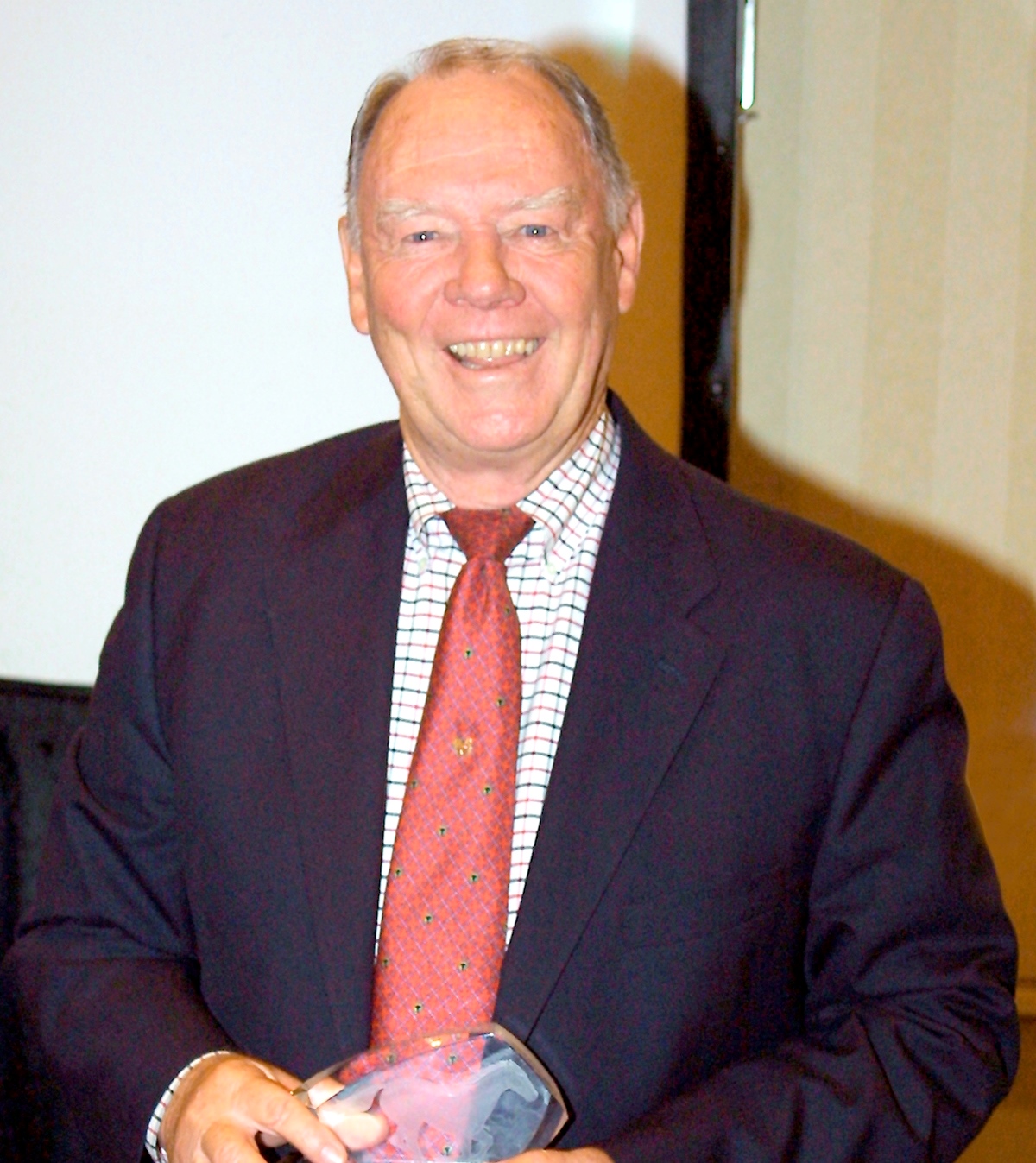 Pfizer Animal Health and American Horse Publications are proud to announce that Don Burt has been named as the recipient of the second annual Equine Industry Vision Award. This unique distinction is the first major award to showcase innovation across the equine industry and to recognize ingenuity and service within the horse world. The award was presented to Burt during the American Horse Publications Hunt Country Seminar in Hunt Valley, Maryland.

“Receiving this award is truly one of the high points of my career,” said Burt. “I was completely taken aback by it–I wasn’t even aware I had been nominated by Jim Jennings!”

Burt has spent over 50 years living and working as a member of the horse industry and his efforts have been felt across disciplines. For nearly a half century he has been involved in the American Quarter Horse Association (AQHA) as an exhibitor, judge and a member of numerous committees.

Burt served as a judge for the AQHA World Championship Show seven times and he judged at the youth version of that event three times. He also represented California as a director for the AQHA and in that capacity served as chairman of the Show and Contest Committee, vice chairman of the International Committee and a member of both the Professional Horsemen’s Council and the Racing Council. In 1992 he was elected to the AQHA Executive Committee and became president of the AQHA in 1996.

“I’ve been proud to serve the AQHA for nearly 50 years in many different capacities,” said Burt. “But I think the highest point of my career was the opportunity to serve as president of the association.”

Burt’s influence ranges wider than the AQHA, however. His involvement in the industry began in the early 1930s in Burbank, CA. His family’s stable included champion Saddlebreds, fine harness horses, ponies, jumpers and stock horses.

Burt became involved in the American Horse Shows Association (AHSA–now USA Equestrian), and won national championships in all divisions. He was named AHSA Judge of the Year 10 different times and served as the Assistant Vice President/Western States for the organization.

Most recently, Burt has been recognized for his efforts to bring reining into international competition by spearheading the sport’s approval as an official event by the Federation Equestre Internationale (FEI). Beginning work on this undertaking in the 1980s, Burt first worked individually with members of the AQHA, United States Equestrian Team (USET), AHSA and National Reining Horse Association (NRHA), bringing the groups together for their first joint meeting during his tenure as president of the AQHA.

In 1997, after the USET approved reining as a discipline, Burt was elected USET’s vice president/reining–allowing him to begin work with the FEI. Using his knowledge of the world horse industry, and his many contacts across the globe, Burt headed the effort to secure the approval of reining as the FEI’s first western discipline. Accomplishing that goal in 2000, reining became the first ever western event to be featured at the World Equestrian Games, in September 2002.

On top of his many recognitions and honors, Don Burt is an accomplished magazine columnist and has written several books. He has participated in judges’ seminars, clinics and workshops throughout the world. Currently, he is president of Equestrian Consultants, Inc., designing equestrian centers throughout the world.

“We are extremely honored to offer this second annual Equine Industry Vision Award to Don Burt, a man who has clearly opened the door to changing the shape of the industry, both in the U.S. and around the world,” said Dan Kramer, Equine Market Manager at Pfizer Animal Health. “His influence today has helped make us what we will be tomorrow.”