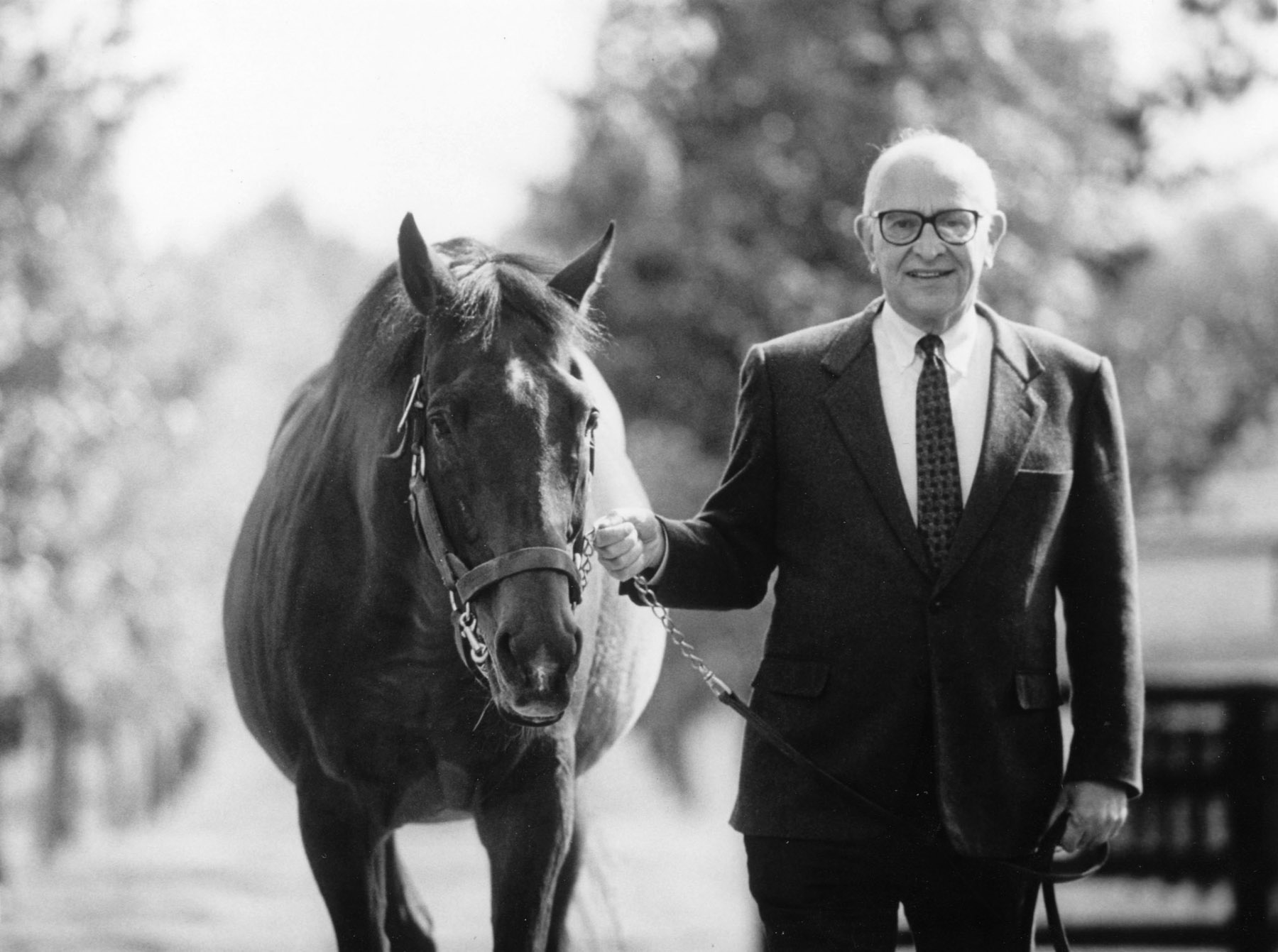 Pfizer Animal Health and American Horse Publications (AHP), paid tribute to John Ryan Gaines; honoring him as this year’s Equine Industry Vision Award recipient at a ceremonial breakfast held during the AHP Horse By Northwest Seminar in Seattle, Washington today. Established in 2002 to distinguish those who are transforming the industry, the Equine Industry Vision Award is the first of its kind to showcase innovation across the entire equine world, as well as to acknowledge ingenuity and service.

“John Gaines personifies the visionary spirit which the Equine Industry Vision Award serves to recognize,” noted Dan Kramer, Senior Marketing Manager, Equine Business at Pfizer Animal Health. “His countless contributions to the horse world continue to reach across disciplines and throughout the country, and his service to our industry will be long remembered.”

A bitter-sweet occasion, the event became all the more poignant as homage was bestowed on this legendary giant who passed away on February 11th of this year. Alex Hassinger, nephew and horseman in his own right, having twice won the Breeders’ Cup for which his uncle was renowned, stepped forward to receive the award on behalf of the family.

“John Gaines was a true visionary and a great leader. His influence touched virtually every aspect of the industry,” Hassinger stated. “The Equine Industry Vision Award represents a fitting tribute to the commitment and dedication for which John Gaines stood.”

With contributions that spanned over an illustrious forty years, John Gaines will long be remembered for changing the face of Thoroughbred racing forever. From establishing the celebrated Breeders’ Cup, to playing a pivotal role in the formation of the National Thoroughbred Association, the predecessor of today’s National Thoroughbred Racing Association (NTRA), he worked tirelessly to broaden the scope of the game.

Timothy Smith, Commissioner & CEO of the NTRA, echoed industry sentiment when he described John Gaines as the quintessential administrator and a preeminent innovator. “He, indeed, had the vision of a true pioneer . . . and along with vision, he helped make it happen,” Smith concluded.

Reaching new heights time and again, John Gaines’ inspiration for what would become the Kentucky Horse Park and the National Horse Center is yet another example of the profound impact he has had on the industry. “Today, due to his efforts, the Kentucky Horse Park has evolved into the nation’s leading equine entertainment, event, and learning facility. It also serves as the home to nineteen leading equestrian associations at the park’s National Horse Center, which itself is symbolic of the unity of leadership and common purpose that Mr. Gaines has for so long advocated for our industry,” emphasized the Kentucky Horse Park’s Executive Director, John Nicholson.

In addition, as the owner of the prestigious Gainesway Farm, it was as a result of his abiding interest in genetics and health care that John Gaines revolutionized several key breeding and management programs, culminating in his crowning achievement, the realization of the Maxwell H. Gluck Equine Research Center at the University of Kentucky.

Mrs. Gaines put it best when recounting her husband’s accomplishments. Posing the question, “What makes greatness?” she answered by saying, “Having engendered respect and support from his peers has been John Gaines’ genius and the foundation for his many successes. What makes greatness? I believe it is reflected in his legacy that will surely resonate throughout the equine world for generations to come.”

The finalists who were considered in this year’s competition will automatically be entered in next year’s Equine Industry Vision Award contest. They are as follows: Stanley F. Bergstein, Douglas Herthel, DVM, Matthew Mackay-Smith, DVM, David O’Connor, and Pat Parelli.