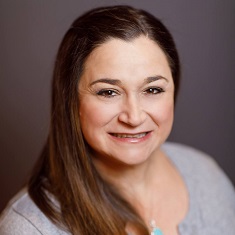 A native of Pennsylvania, Whitney Allen began riding hunters/ jumpers and hunter paces in 1988 and continued to ride and compete competitively until 1998. She continues to ride recreationally and certainly misses her time in the show ring. She is a 1998 graduate of Centenary College with an Equine Science degree and 2005 graduate of the University of Kentucky with a Masters in Sports Management. She worked for the United States Equestrian Federation from 1998-2005 managing five national championships including the USEF Pony Finals. She began working for the United States Hunter Jumper Association (USHJA) in 2005 as the Marketing and Communications Director. While continuing as Marketing and Communications Director for USHJA, she began working for the USHJA Foundation as Managing Director. In the first year at USHJA she managed their newsletter which developed into the Association magazine which reaches over 40,000 members. Among her other duties she acted as managing editor of the publication until 2010. Today she continues to work for USHJA and the USHJA Foundation both located at the Kentucky Horse Park in Lexington. When not working, Allen enjoys reading, attending horse events, cooking with her husband at their home in Lexington and caring for their two dogs and two cats.